Reasons to Go to Jordan for Your Next Adventure

Jordan occupies one great cut-out of the Arabian Peninsula.

Jordan has remained a neutral destination and it is difficult to imagine the conflict that is happening outside its borders. It’s advisable to stay away from the Syrian and Iraqi borders and be sure to steer clear of demonstrations in public places.But travel to Jordan feels no more insecure than anywhere else in the world these days and once you enter the country, you’ll feel the welcoming friendliness of locals. 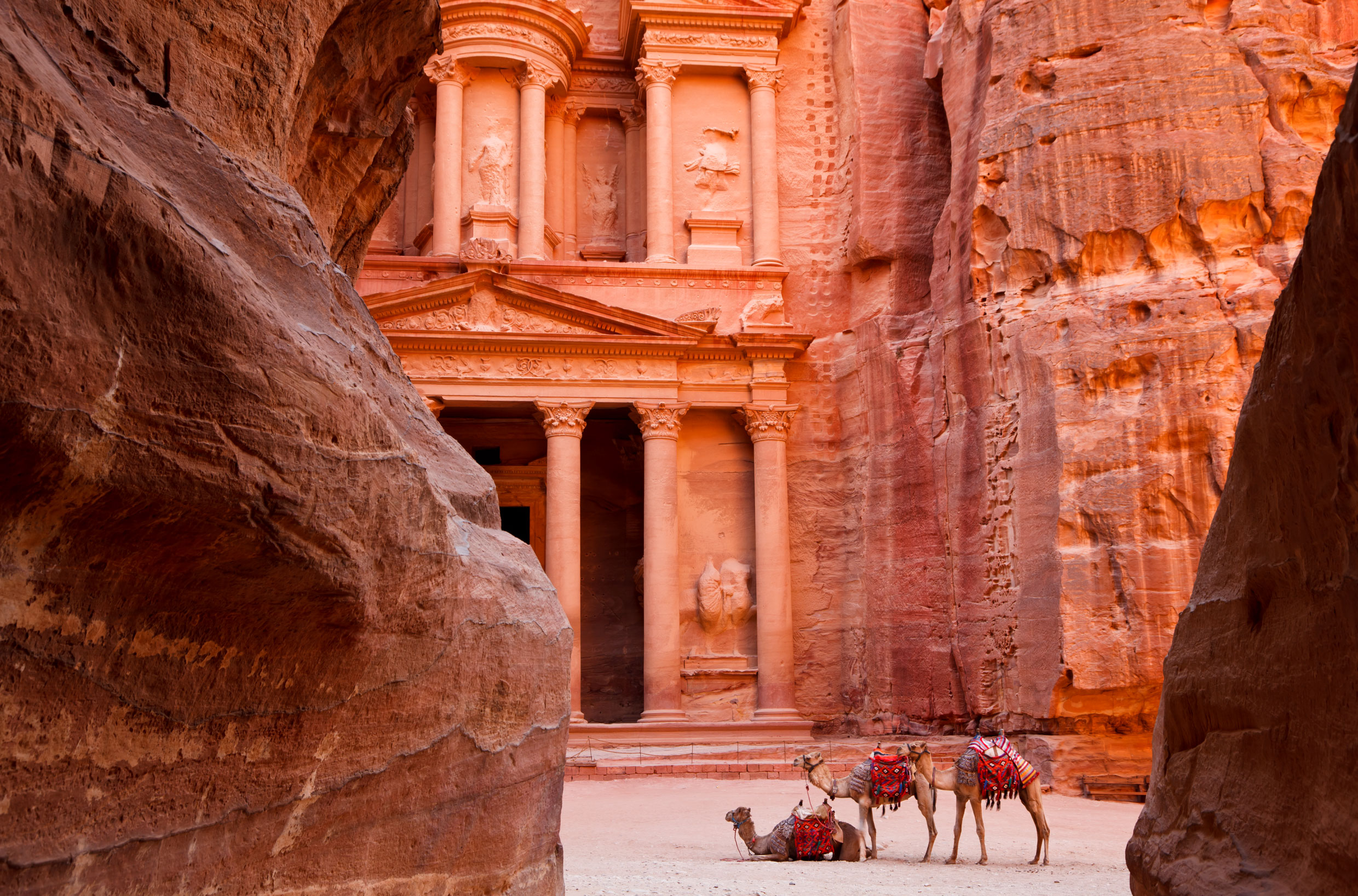 It’s one of the great ancient cities of the world. Petra is one of those places that lives up to the hype. With momentous buildings built into high cliffs, Petra will literally take your breath away as you step into the Treasury square after your 2km walk through the deep narrow gorge of the Siq.Dating back more than 2000 years,  Petra was an important part of the Silk Route to China and India but was abandoned at some time around the 12th century. It was only known to locals for hundreds of years until it was rediscovered by the West in 1812.

The lowest point on the earth’s surface, the Dead Sea is a fascinating natural phenomena. Straddling the border between Israel and Jordan, the mineral content of this 75km-long and 10km-wide saltwater lake is 33%, which is about six times as salty as a normal ocean. This incredibly high salt content means the Dead Sea is extremely buoyant, making it impossible to sink or swim in – the only option is to bob around like a cork! It’s called the Dead Sea as nothing can live in it. There are no fish, seaweed or plants of any kind in or around the water. What you’ll see on the shores are clusters of white salt crystals. These salts are mineral salts, which is just like you find in the oceans of the world, only in extreme concentrations. Many believe that these salts have curative powers and therapeutic qualities, and so the Dead Sea is a great place to try out a spot of pampering in the local spas. The old, old city of Madaba can be found clinging to the edge of the famous King’s Highway that weaves through the dusty desert hills and the very historic heart of Jordan.Dominated by its glorious, gold-gilded mosque and collection of spiked minarets, the town also hides some awesome ancient mosaics that date from the Umayyad era.

One of our favourite activities in all of Jordan was splashing around in the waters of Wadi Mujib for a day. Canyoning in the warm waters of Jordan was a fantastic thrill beginning with a rappel down a waterfall into fast flowing water. Wearing a Wearing a PFD we swam through pools, plunged down natural waterslides and slid through narrow gorges. It was an amazing way to escape the heat and get our adventure on.

Jerash dates back 6500 years and was an important city on Rome’s ancient trade route.Jerash are recognised as one of the best-preserved member cities of the Decapolis, a confederation of 10 Graeco-Roman cities.