Reasons Why You Should Visit the Czech Republic

The Czech Republic has the largest density of castles in all of Europe. In fact, there are over 2,000 castles around the country – some in perfect condition, some that are just ruins. The world’s largest castle complex is in Prague, and the country is also home to some of the oldest castles in the world: both Karlštejn Castle and the Trosky Castle ruins were originally built in the 1300s.The Czech Republic, in Central Europe, is known for its ornate castles, native beers and long history – from the Celtic and Germanic tribes of its founding to the Protestant Reformation and Communism.

The Charles Bridge is arguably the most beautiful gothic bridge in the world.  Commissioned by King Charles IV, Holy Roman Emporer and King of Bohemia, the bridge has served as an essential link between Prague’s Old Town and the Lesser Quarter and Prague Castle, for hundreds of years.According to legend, the first stone of the Charles Bridge was layed in 1357, July 9th, at 5.31am. These lucky numbers were given to King Charles IV by astronomers. However the bridge wasn’t completed until the year 1402. Another unusual legend about the bridge is that eggs were used to strengthen the mortar between the stone blocks and recent tests have revealed that it does indeed contain inorganic and organic properties.

Cesky Krumlov is the jewel of the Czech Republic on the bend of the Vltava River and was once home to artist painter Egon Schiele. The city is dominated by the Krumlov Castle. You will see one of the only still operating Baroque theaters in the world. We will pick you up  in the morning at your hotel and take a beautiful luxury car to Cesky Krumlov for a full day tour of the city. The Czech Republic is quite rightly famed for its beer, but there’s whole world of wine awaiting travellers who venture to Moravia – the home of Czech wine.In the Czech Republic it is a much cheerier occasion that celebrates Czech wine. The Czechs are justly renowned for their beer, but at Martinmas  bottles of the young Svatomartinske (St Martin’s Wine) – are uncorked around the country, like a Slavic riposte to the beaujolais nouveau thing.And more than 90 per cent of Czech wine comes from Moravia, a Mitteleuropa Tuscany 150 miles south-east of Prague. Its idyllic patchwork of hundreds of lush vineyards has a colourful sprinkling of historic villages. 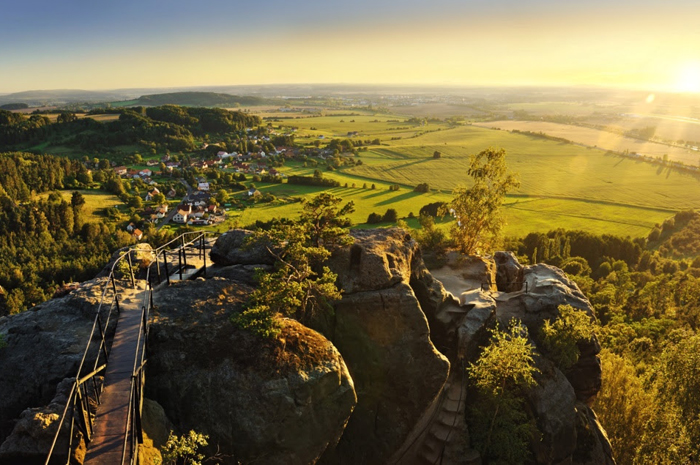 Head northeast of Prague for about 100 kilometres and you hit Bohemian Paradise. It was the first nature reserve in the Czech Republic and has been expanded in size over the years.Throughout the park is a network of hiking trails that leads through large tracts of beautiful forest. There are flat plains on the outskirts, closer to the main roads that encircle the park, but, as you go in deeper, the paths take you into mountains and around cliff edges towards the centre.Throughout it all are palatial old houses, castles, pubs, ruins, picnic areas, lakes… and constant discoveries.What I think makes the area so special are the rock formations that you also find amongst the forest. Tall towers of sandstone that have been battered by the weather for countless years and moulded into unique shapes. They look like fingers on a hand, like petrified trees, like watch towers, or the turrets of castles.

The Brewery Museum is located in the historical centre of the city in the original brewing house which dates from the 15th century. It has the atmospere of the Middle Ages and tells the visitors the story of beer from the ancient times to the present. This amusing and educational exhibiton delights all lovers of history and the brewing industry. You will learn about different methods of beer production and its drinking in history. You will see a late Gothic malt house, an original malt kiln or so-called paint roller and historical lager cellars. Tasting one small glass of Pilsner Urquell beer  is a part of the tour.Pilsen Historical Underground tour starts in the building of Brewery Museum. Pilsen Historical Underground was built under the city centre from the 14th centruy and due to its lengh of 20 km it is among one of the largest in the Czech Republic. A nearly 800 metre long tour shows you around the labyrinth of corridors, cellars and wells.  From the exhibited items, which were mainly found in the local wells, you may also get a sense of the secrets of every day medieval life. You can learn how ice and food were stored in the past, what role the underground played in the time of siege, and you will see historical waterworks from the first half of the 16th century, which is considered to be the best preserved object of its kind in the Czech Republic.

« Reasons to Visit Estonia, Now! (Previous Post)
(Next Post) REASONS WHY EVERYONE SHOULD VISIT HUNGARY AT LEAST ONCE »