Since the summer of 2007, Hapagfly and Hapag-Lloyd Express (HLX) have been flying routes in common under the new TUI fly brand. TUI AG, the world’s largest tour company, holds a majority of shares in TUI Travel PLC, London, to which the airline belongs. By the summer of 2009, TUI fly was serving a route network of 74 destinations in 16 countries. These included both attractive urban destinations as well as classic holiday regions all around the Mediterranean, the Canary Islands and Egypt. A fleet of 44 modern Boeing 737 aircraft departs from fifteen German airports. TUI fly offers high quality for a fair price.

Since it was founded in 1972, Hapag-Lloyd Flug (an airline company) has become one of the leading German holiday destination flight companies. In terms of service, reliability and safety, Hapag-Lloyd Flug (later Hapagfly) continues to set benchmarks. In 2006, the airline transported around 6.7 million passengers. In the summer of 2006, the Hapagfly fleet consisted of 33 Boeing 737-700 and 737-800 aircraft. 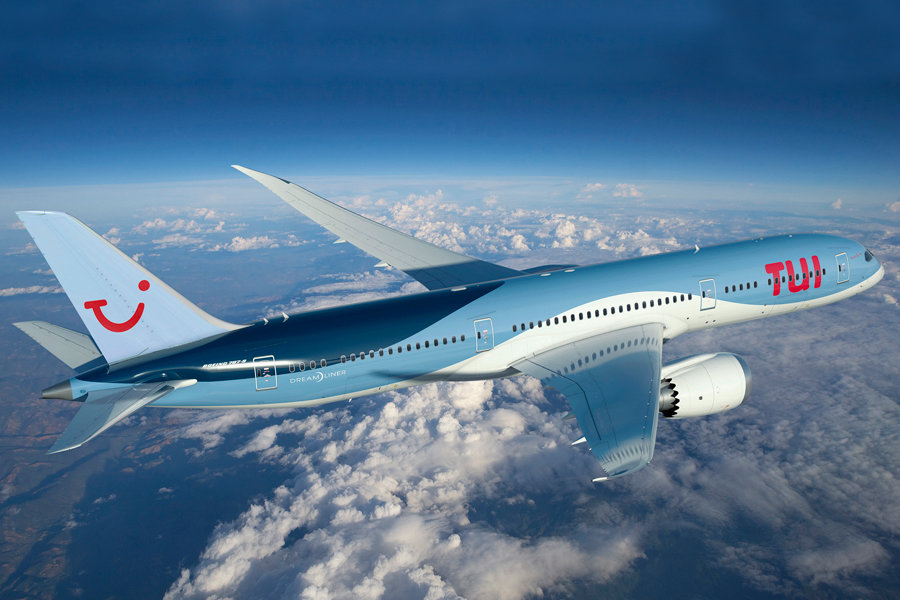 In summer 2001, Hapag-Lloyd Flug launched the
umbrella brand “World of TUI” and at the same time
changed its corporate image. The logo, script and colours
were changed in line with the new corporate design. The
“red smile” now adorns the tail units of all aircraft.TUI AG starts to bundle the European flight activities of
the six airlines under TUI Airline Management (TAM).
The objective is to optimise purchasing and
organisational procedures. For the first time in the history of the company, more
than seven million passengers are transported in one year. Hapag-Lloyd Flug expands its seat-only business. In
November the company launches the customer loyalty
programme “bluemiles”. The programme soon has
100,000 registered customers. With the launch of the
winter flight plan, all HLF flights become non-smoking. As part of a company restructuring programme, HLX and
Hapag-Lloyd Flug are financially integrated into the
Central Europe source market of TUI. HLX manages the
turnaround and for the first time is in the black. HLX
carries 4.4 million passengers and flies to around 40
destinations. HLF carries 6.7 million passengers. “hapagfly” is the new brand name of HLF; the website
and aircraft painting are changed accordingly. At the end of the year the company decides to bundle
German flight activities of TUI AG and in future to
operate on the market with one joint flight plan and one
brand. The operator TUI Deutschland gains more
influence on the business model.

At the end of the year the brand decision is made in
favour of TUIfly. The group begins its 2007 summer flight plan with
56 aircraft and the goal of transporting 13 million
passengers. This makes TUIfly the third largest German
airline. In autumn, the newly founded TUI Travel plc. takes over
operative group management of the tourist business. Start
of the first exploratory talks about possible strategic
partnerships for the new TUIfly.The young TUIfly brand succeeds in repositioning its
brand and product with a new slogan “Willkommen an
Bord” (Welcome on Board). Flight capacities are
adjusted to meet market requirements.

One thought on “TUI fly-Discover Your Smile”