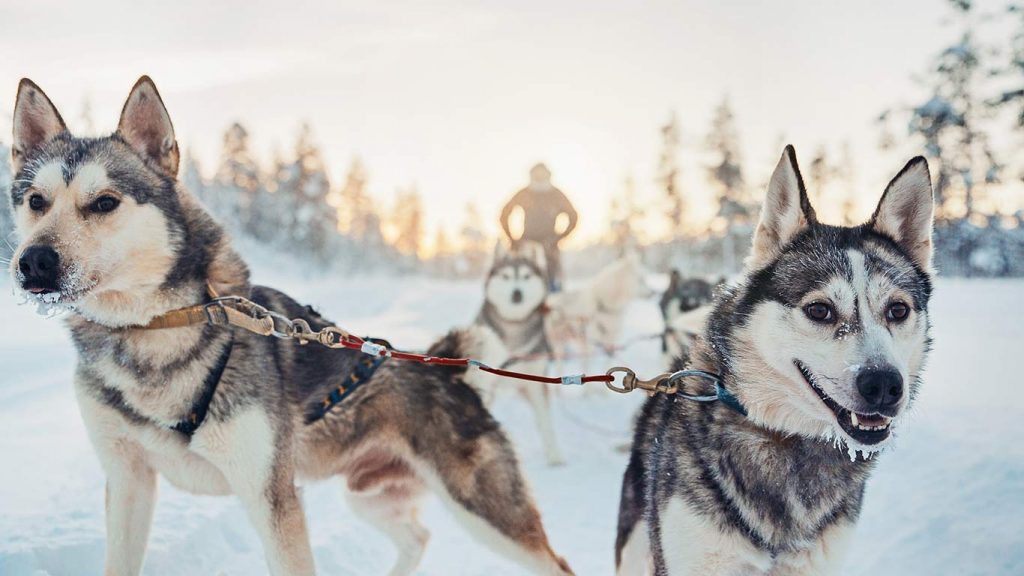 Winter comes in many guises in Europe – in the polar north there’s serious snow and sunless weeks, while you’ll find lingering sunshine in the mild Mediterranean, and cosy cafe culture and Christmas spirit in the centre.

The city that inspired Mozart, Haydn and Julie Andrews continues to enchant. And you too could be susceptible to its spell as you weave through its Baroque buildings and Romanesque archways, hoping to hear the lingering echoes of Mozart’s pianoforte or a “Do-Re-Mi” from the von Trapp Family Singers. Since there’s little chance of that, try visiting during one of the city’s many festivals or concerts instead. While you’re here, take a stroll through the Gothic Festung Hohensalzburg, say a prayer at Dom zu Salzburg or dine on schnitzel and dumplings in the Altstadt (Old Town) district. You’ll soon learn that this city is steeped in more than just musical history; it also boasts a majestic arrangement of medieval strongholds and magical palaces and gardens.

Finnish Lapland is as close as reality gets to those who dream of a winter wonderland. Contrasts are a key factor in the allure of Lapland where 24-hour sunlight in the summer replaces the dark winter days. The hustle and bustle of towns and ski resorts is just minutes away from the peace and quiet of the wild wilderness.

Almost as far north as you can get in Europe on a train, Abisko in Lapland is for lovers ofserious winter.  The sun doesn’t rise for several weeks in December and January but that darkness makes it one of the world’s best places to view the majestic aurora borealis. Other attractions include cross-country skiing along national park trails and husky mushing. Enjoy an unforgettable ride on a snowmobile or a dog sleigh in Rogla; skijoring  is also something special. Ride a snowbike or descend along the snowy surface on a mountain bike. Biking adventures on snow await you in Kranjska Gora and Krvavec. Descend on a snow raft in Bohinj on lumps and bumps of snow-covered slopes.

For those who prefer climbing steep slopes rather than staying on solid ground, there are a few natural and artificial waterfalls where ice climbing is possible. While observing suitable winter conditions, you can engage in ice climbing on frozen waterfalls; the most known ones are in the Tamar Valley and near Martuljek, in the Trenta Valley and the Logar Valley. A favourite artificial ice climbing spot is the Mlačca Gorge near Mojstrana.