Top Places You Should Visit in Macedonia

Famous for its dazzling mosaics, ancient theater and Roman baths, Heraclea is the most vividly preserved city from the surviving Ancient Macedonian Empire in the country.Heraclea Lyncestis was an ancient Macedonian city situated 2 km south of the present-day town of Bitola, Republic of Macedonia. It was founded by Philip II of Macedon in the middle of the 4th century BC, after he had conquered the surrounding region of Lyncestis and incorporated it into his kingdom of Macedon. The city was named in honor of the mythological Greek hero Heracles. The epithet Lyncestis means “the Land of the Lynx” in Greek.Heraclea was a strategically important town during the Hellenistic period, as it was at the edge of Macedon’s border with Epirus to the west, and to the non-Greek world to the north, until the middle of the 2nd century BC, when the Romans conquered Macedon and destroyed its political power. The Romans divided Macedonia into 4 regions and Heraclea was in the fourth region. The main Roman road in the area, Via Egnatia went through Heraclea, and Heraclea was an important stop. The prosperity of the city was maintained mainly due to this road. Objects discovered from the time of Roman rule in Heraclea are: Votive monuments, a portico, thermae (baths), a theatre and town walls. In the early Christian period, Heraclea was an important Episcopal seat. Some of its bishops are mentioned in synods in Serdica and other nearby towns. From this period are the ensembles of the Small and Great  basilica. The Grave  basilica with a necropolis is located east of the theatre. 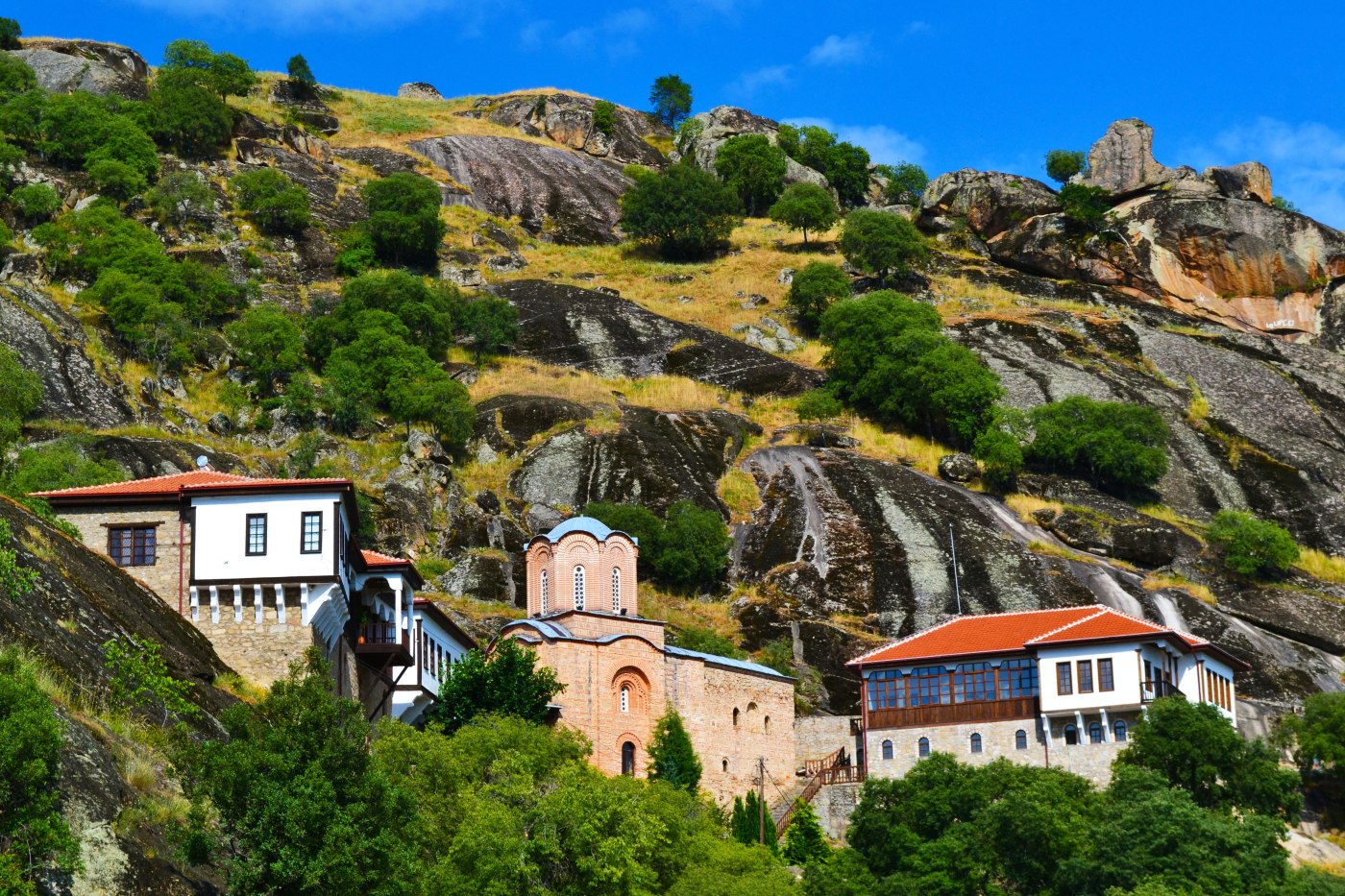 The St.Archangel Michael monastery is one of the most beautiful and most significant cultural monuments and religious centers found in Macedonia. The monastery is situated in the gorgeous granite rock just above Varos, Prilep’s old town.The monastery was built around the 12th century, and was then renovated in the 19th century. The complex consists of a church, dedicated to the holy Archangel, and the monastery dormitory, which was built later in the 19th century by Prilep guilds. Both of these are perfect examples of the beautiful old town architecture that is seen everywhere in Varos.The church is built on an ancient place of worship, and marble columns from the antiquity were used for the building, one of which is carved with a Cyrillic inscription from 996 AD, the second oldest in Macedonia. At the entrance of the church you are greeted by the depiction of King Marko, the last orthodox ruler of the area. He and his father Volkashin, also depicted in the large painting, have rebuilt the church after it was destroyed in the 13th century.

The Submerged Church of Mavrovo Lake

Mavrovo is a village and tourist resort in the mountainous region of western Macedonia. It is located in the Mavrovo and Rostuša municipality. The St Nicholas Church in Mavrovo was built in 1850. It was submerged in the local lake in 1953, but due to droughts in the 21st century it has largely appeared out of the lake.The local people say that the saint and the God’s power do not allow for it to completely disappear in the depths of Mavrovo Lake. The phenomenon of its constant emerging from the waters is explained by them with the impossibility of covering and forgetting about a sacred place.It was built by the Mavrovo people, who made it from fine processed stones. Its walls were fresco-painted by an unknown zograph. It was consecrated in the year 1853. But, by forming of the artificial lake and the dam, it was decided that it should be flooded. As its replacement, at only several meters from it, a build of a new monastery church dedicated to the same saint was initiated. 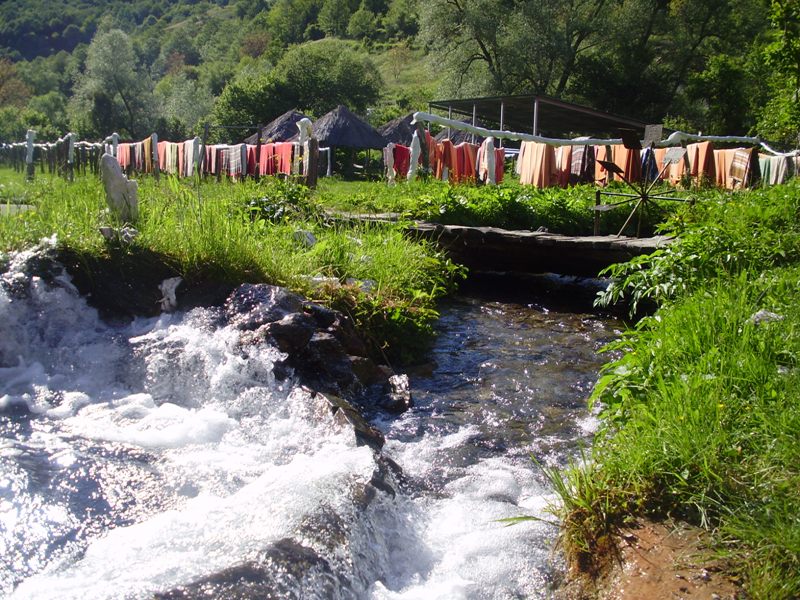 Discover the traditional Macedonian life and a part of the traditional craft in the rural areas around Ohrid. Admire the old ways of washing blankets, carpets and other linnen, using the power of the water in the river. Visit the village Kuratica, and learn more about the life of people in mountain villages. Enjoy the view of old houses, small gardens, friendly villagers and the harmony between people and nature. In these villages another old craft is visible: extraction of lime. A small number of workshops still practice this craft. Visit the beautiful village Velgoshti, where old and new houses complement each other. There are fields full of cherry trees, barns and stables in an idyllic landscape. Tastefully end this unforgettable day with a locally cooked traditional meal.