The Top 10 Things to Do in Canada 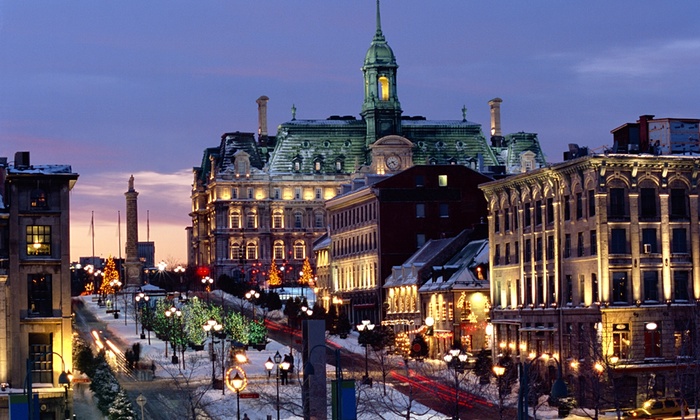 All of the things to do in Canada vary across the 2nd largest country in the world.

Rarely does a country have as much variety and natural beauty as Canada, from the highest tides in world at the Bay of Fundy in the East to the rare temperate rain forests on the West coast.

If you would like to get to know the real Canada then investigate everything in-between.  The prairie provinces of Saskatchewan and Manitoba are expanses and the bread basket of Canada and also prepare one for the gracious and majestic beauty of the Canadian Rockies.

1. Live on the Edge in Toronto

You’ve heard of the CN Tower – the iconic, 1,815-foot needle shooting straight out of Toronto’s skyline. But did you know it now has an EdgeWalk experience that allows you to walk around the building’s restaurant level… on the outside? Yes, the outside. Pull on the red jumpsuit, strap into a harness and prepare for an urban adventure to end them all (videos and photos are included in the price). Glass floors will never be the same again.

2. Meet a polar bear in Manitoba

Churchill, Manitoba (population 813), might seem like a dot on the globe. But come the winter freeze, the subarctic outpost claims a unique tourism distinction: it’s the Polar Bear Capital of the World. November is the best time to trek north. It’s then that the carnivores migrate along the town’s icy thoroughfares towards the ice caps of Hudson Bay. Locals share stories of encountering the animals outside the local diner, but tourists are thankfully more likely to see them from the safety of a robust tundra buggy.

As some of the most outdoorsy folks on the planet, Vancouverites have mapped some of the best mountain bike trails on the planet. The towns of Sooke and Campbell River on Vancouver Island are two of the biggest hubs for the sport and make the perfect springboard for the nearby natural terrain. Simply pack some trail mix, strap on the GoPro and keep an eye out for bears.

4. Fall in love in Québec City

An increasingly popular weekend getaway for amorous New Yorkers, Québec City’s charm still remains something of a secret affair. The city’s UNESCO-treasured Old Town hosts a bijou box of colonial streets which make you feel like you’re meandering through a French fairy tale. To soak up the oh là là flair, head to Le Château Frontenac hotel for a glass of Québécois cidre , or try Le Chic Shack for a feast of local poutine.

5. Feel the spray in your face at Niagara Falls

Niagara Falls straddles the US/Canadian border, but the best views are from the Canadian side. The drive from Toronto takes about 90 minutes and along the way you’ll pass vineyards selling the local delicacy ‘icewine’, so do pop in for a sample. When you arrive, get up close and personal with the three enormous cascades that make up the falls on the Hornblower Boat Trip. Prepare to get drenched, even with the fetching free raincoat.

7. Paddle your own Canoe in Banff National Park

If you close your eyes and conjure up an image of an idyllic canoeing scene, the icy blue lakes of Banff will surely appear. With the craggy Canadian Rockies, millions of fir trees and perfectly still waters, the setting is the perfect place to pick up a paddle.

It’s been nearly 50 years since John Lennon and Yoko Ono staged their infamous ‘bed-in’ at the Fairmont The Queen Elizabeth in Montréal. But did you know you can stay in that exact same suite? The hotel is undergoing a huge transformation at the moment, but come June 30, the suite will be ready to reopen, complete with Virtual Reality experiences that allow you to live your own bed-in from John and Yoko’s point of view.

Poutine is a Canadian delicacy originating in Québec. It’s made with thick chips, slathered in brown gravy and topped off with gloopy cheese, giving a special flavour with big appeal for kids. You won’t go hungry and it’s served almost everywhere. Montréal is a major foodie hotspot, with festivals all year round!

While you’re at it: Enjoy poutine with mussels and a local brew – try Canadian cider at Le Vieux Dublin (The Old Dublin) pub.

West Queen West, Canada’s hippest ‘hood, has got some seriously creative curb appeal. It’s home to the city’s thriving design district and streetscapes here are a motley mosaic of contemporary art houses splashed with grungy street art. Spend a morning ambling the on-point galleries from Propeller  to the Birch Contemporary or take a free graffiti tour with tourguys.ca .